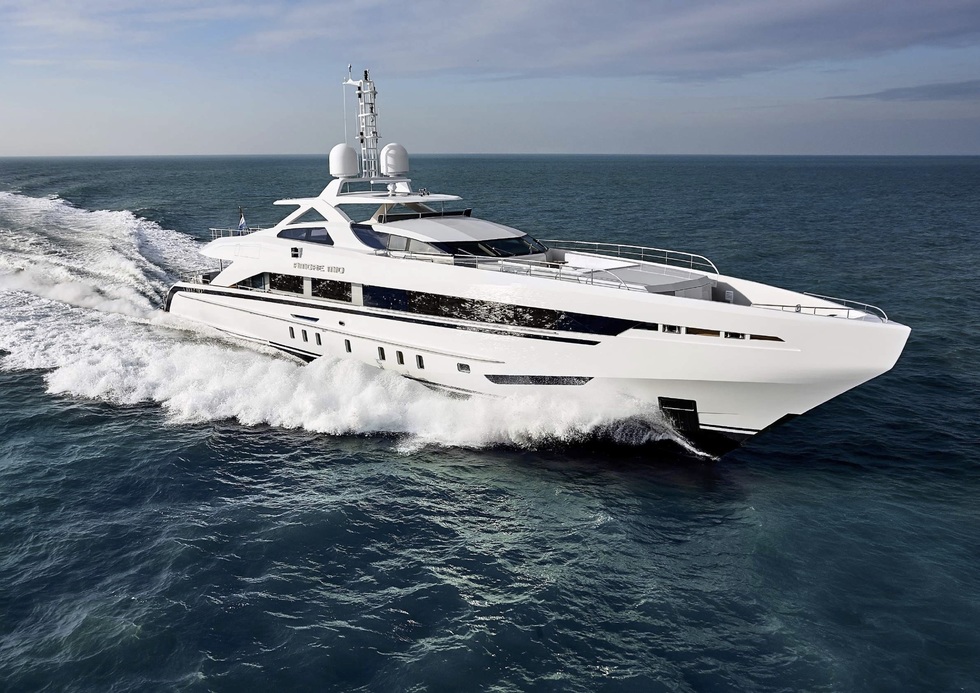 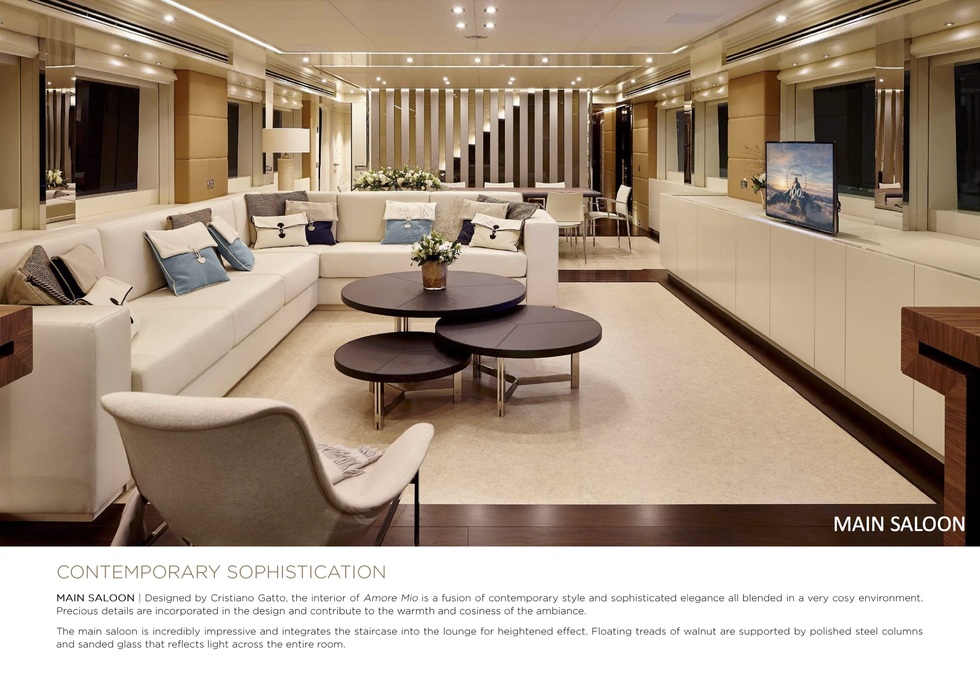 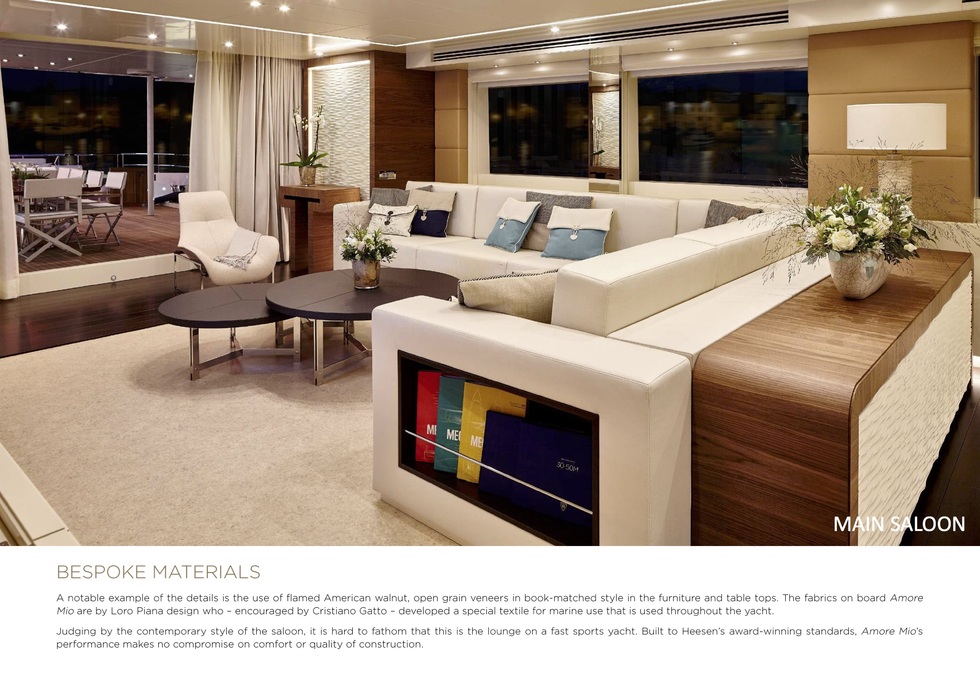 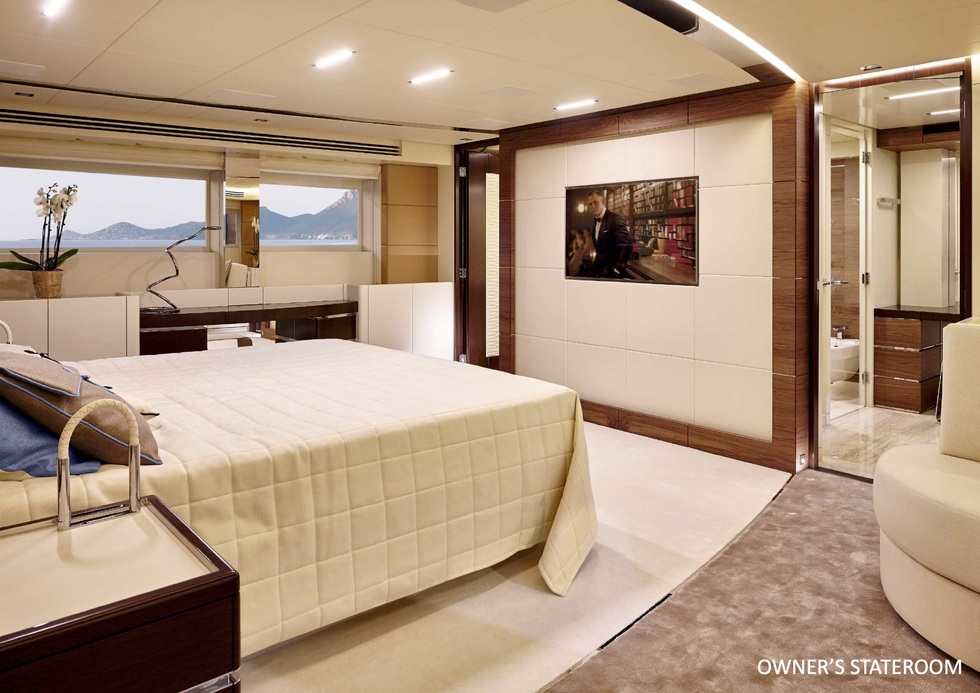 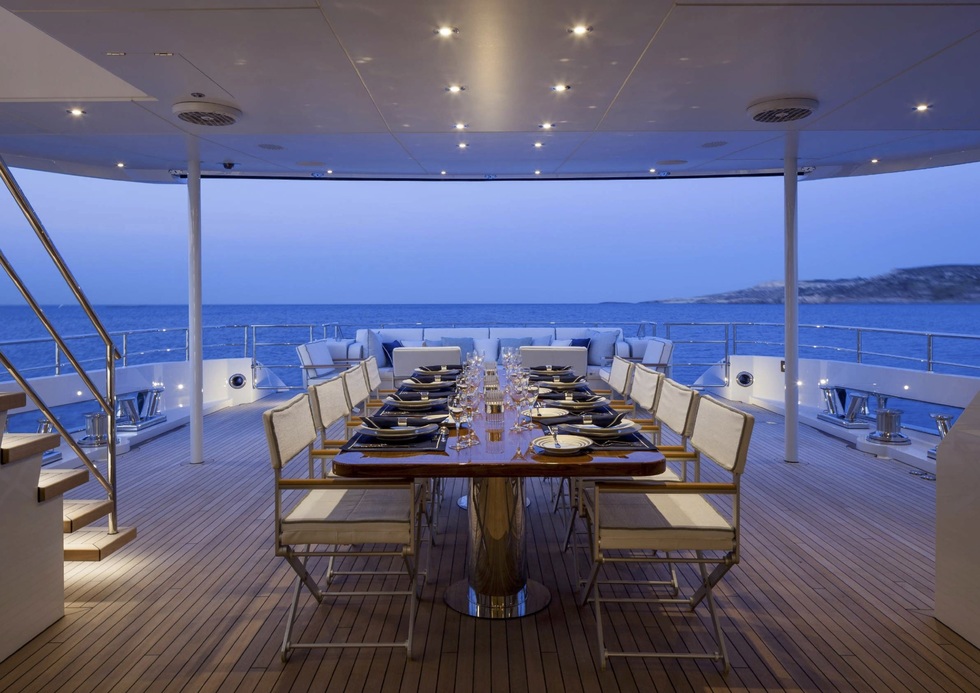 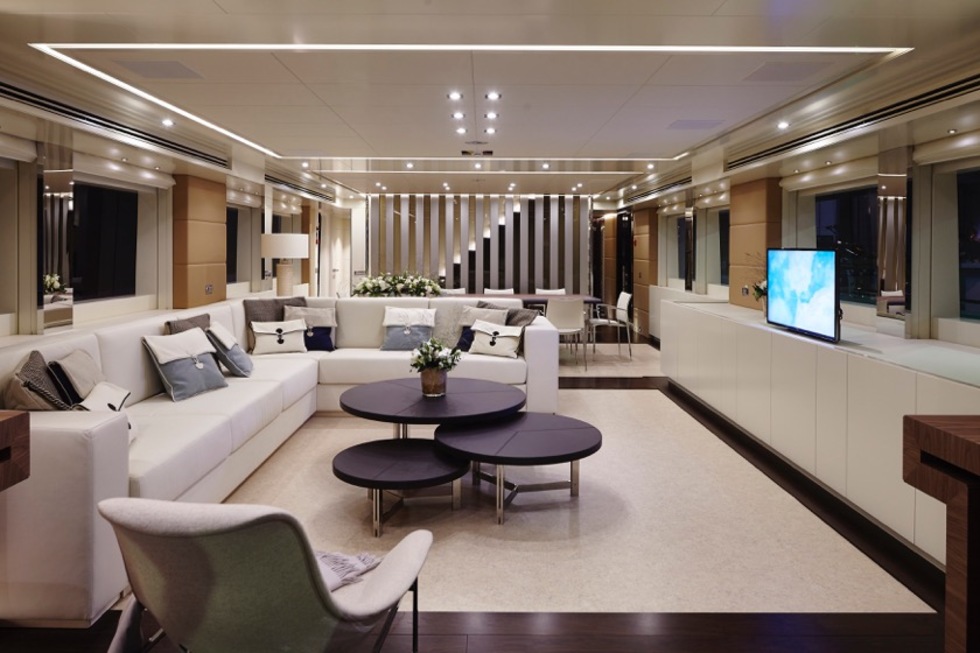 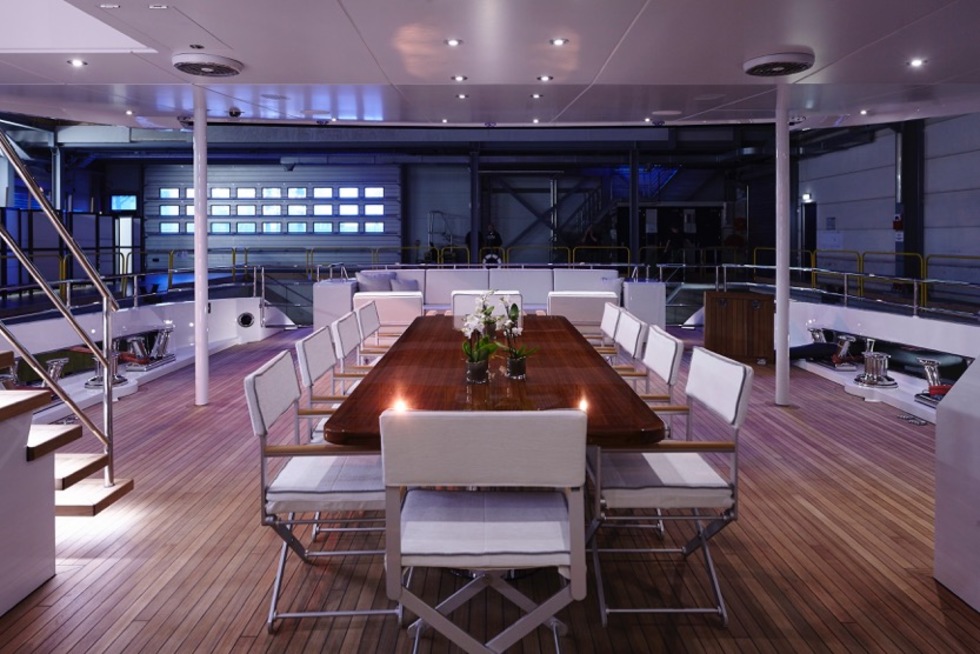 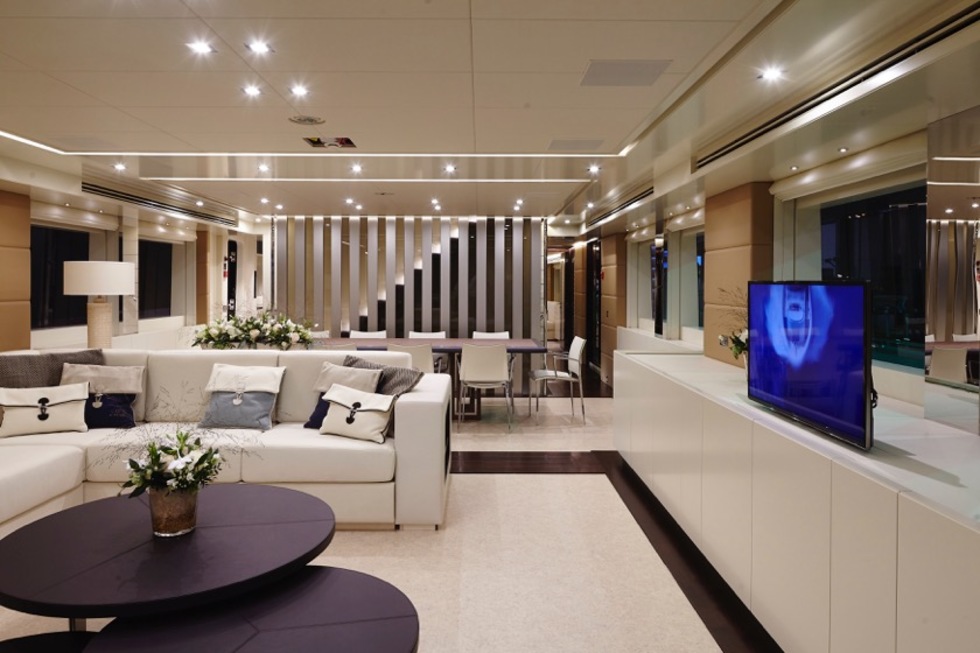 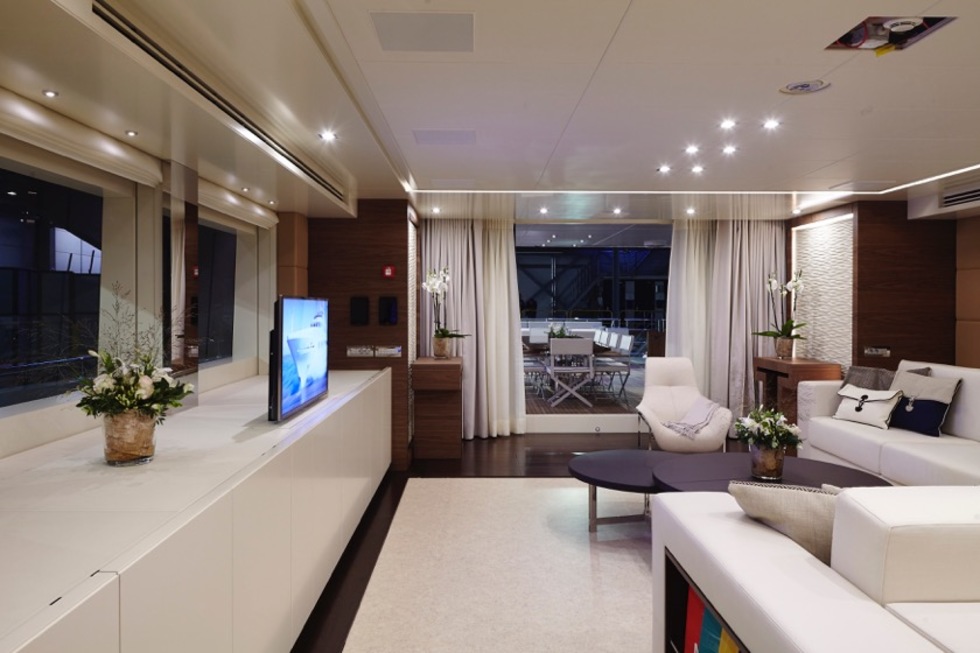 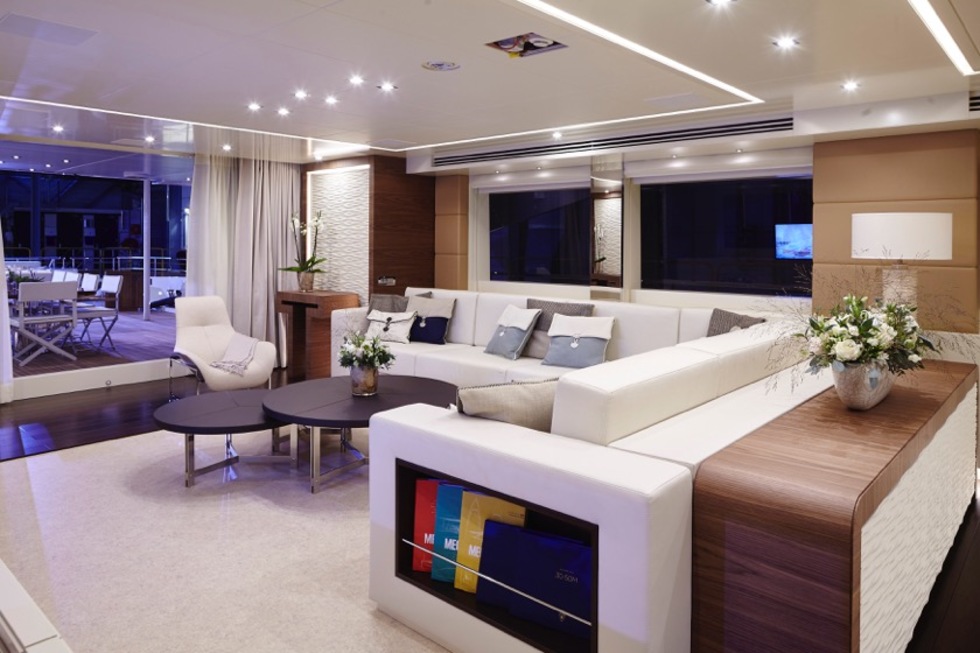 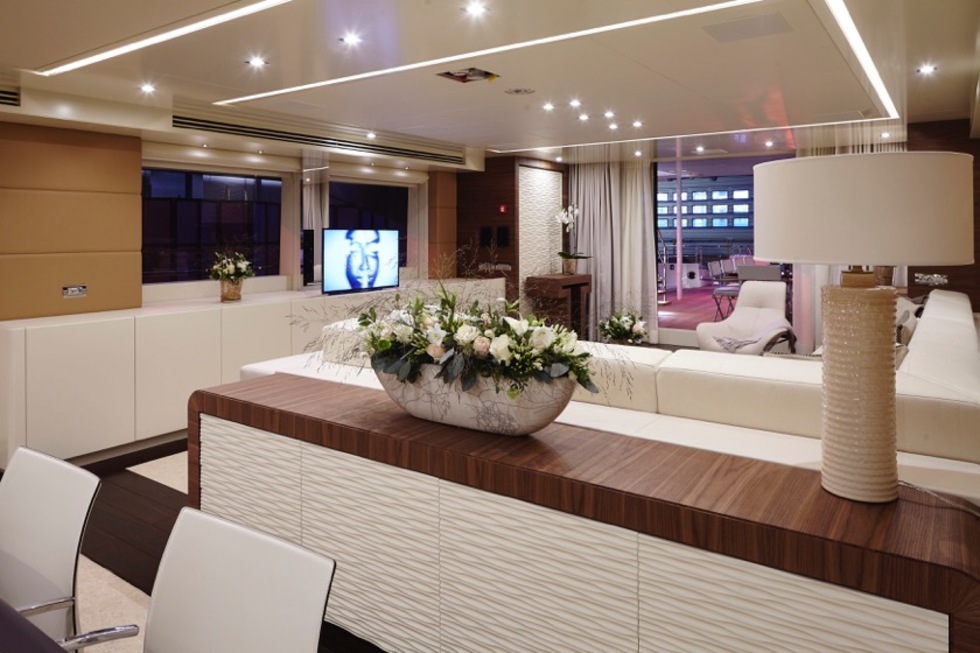 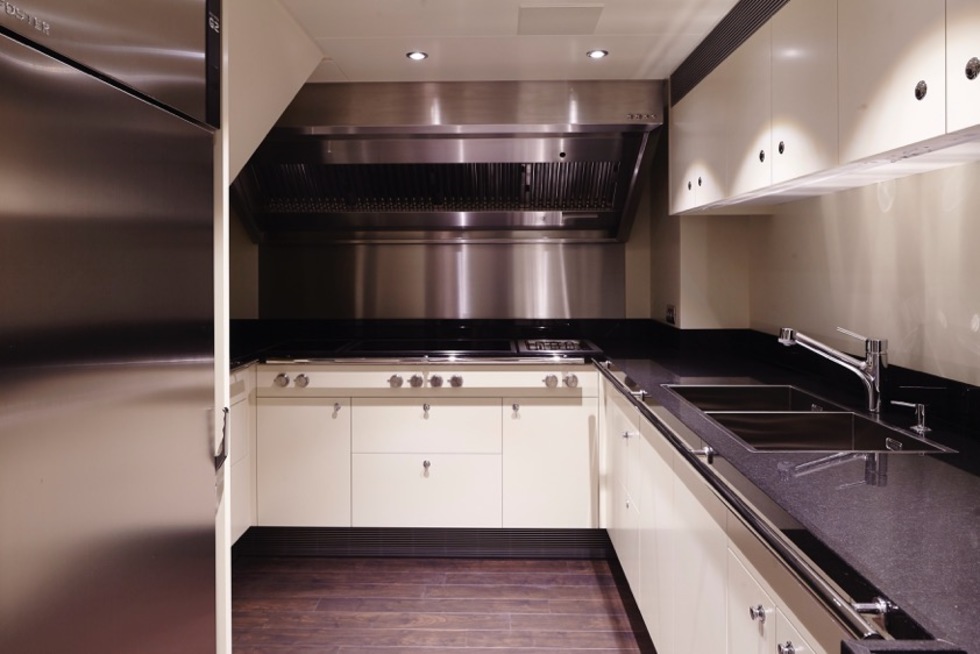 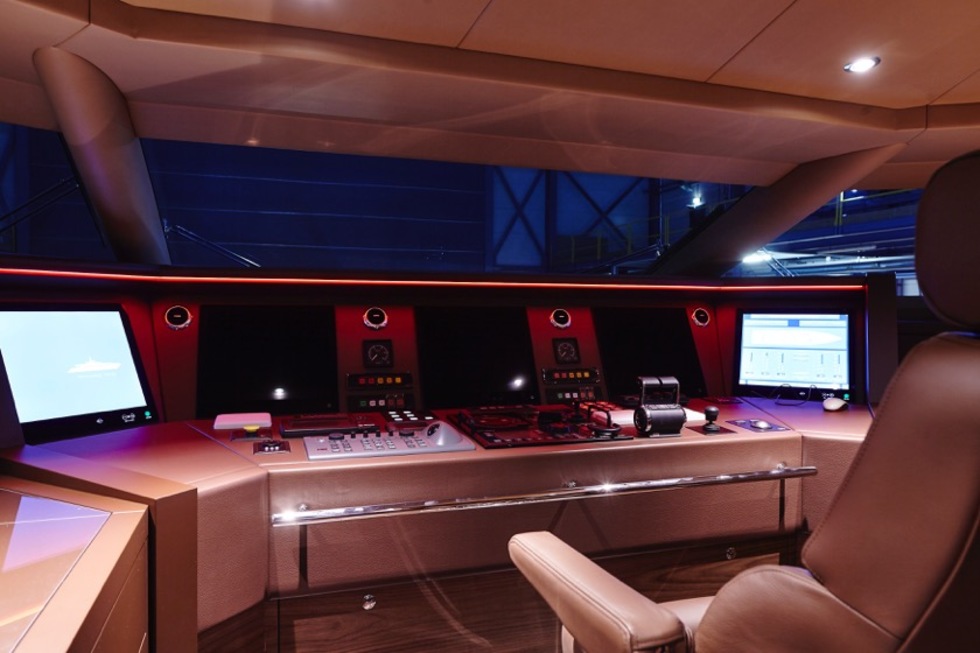 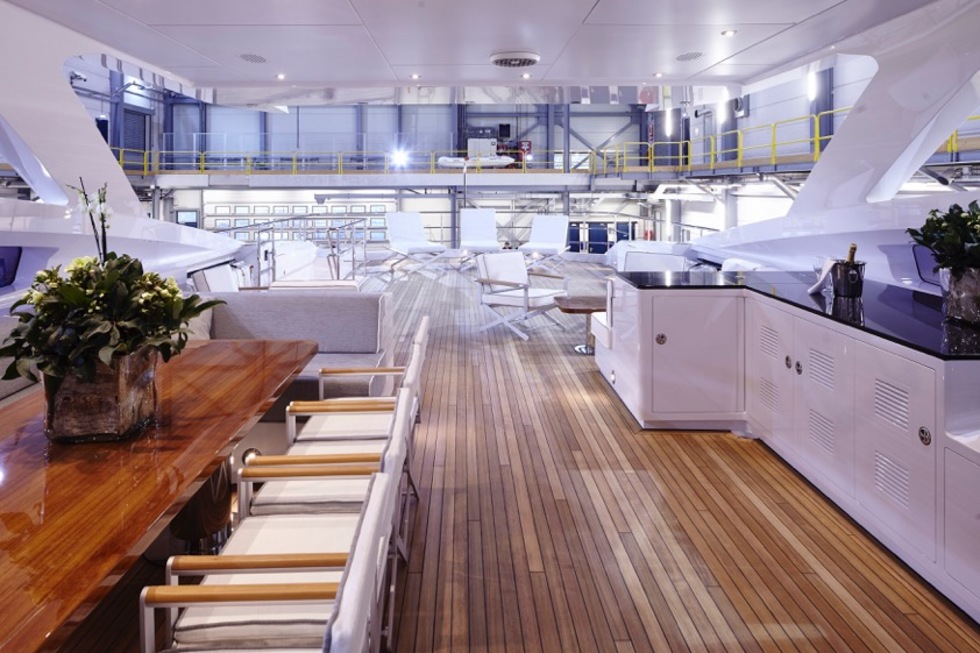 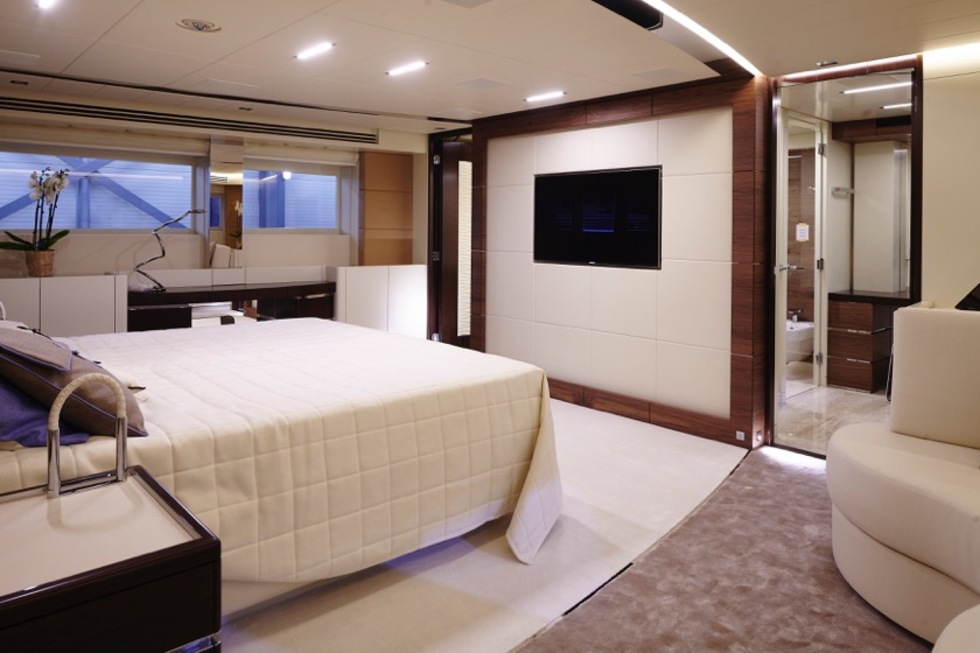 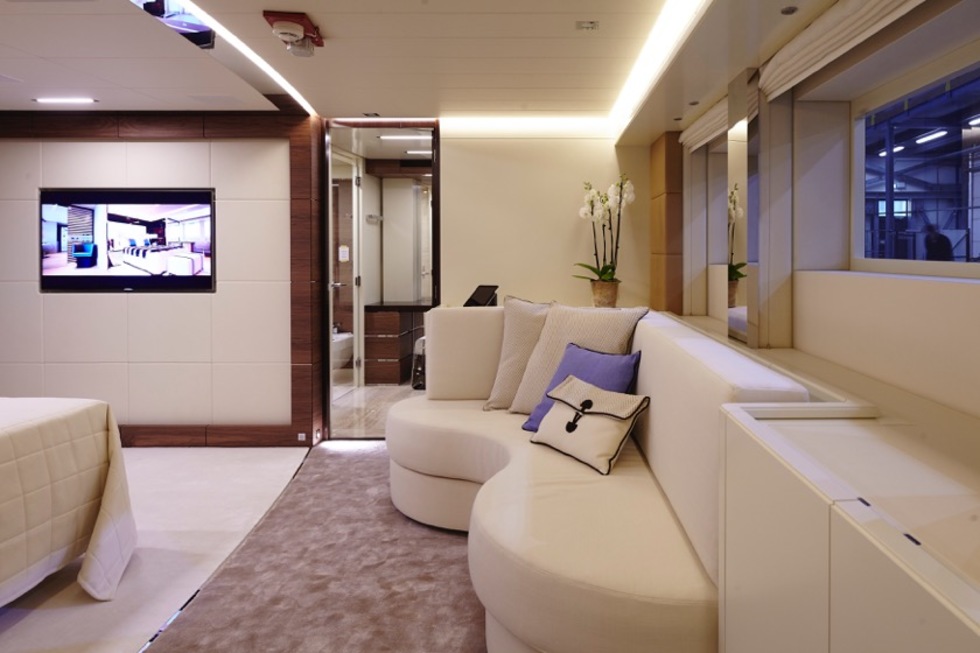 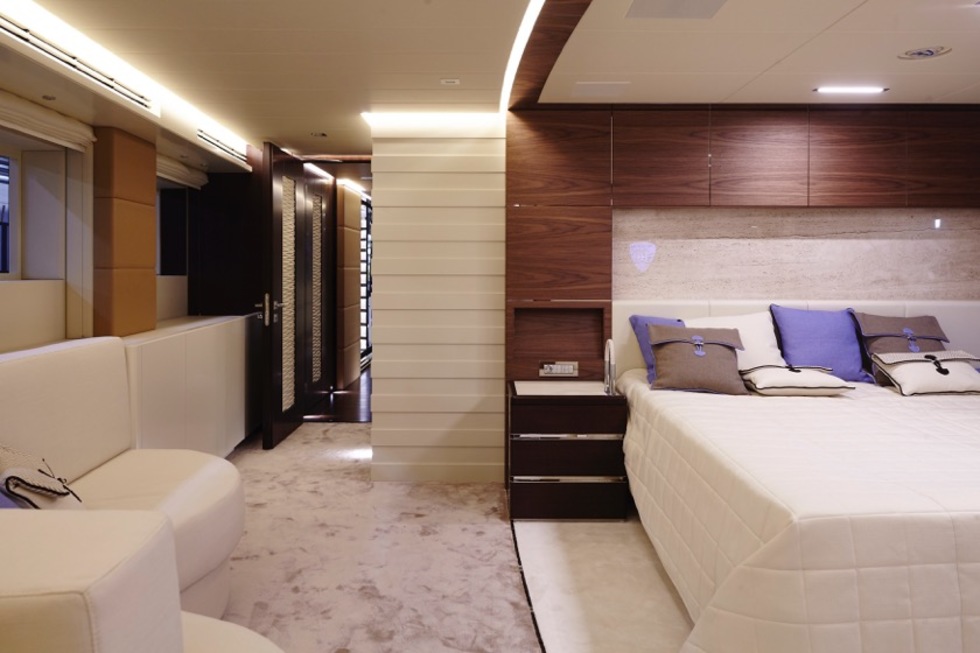 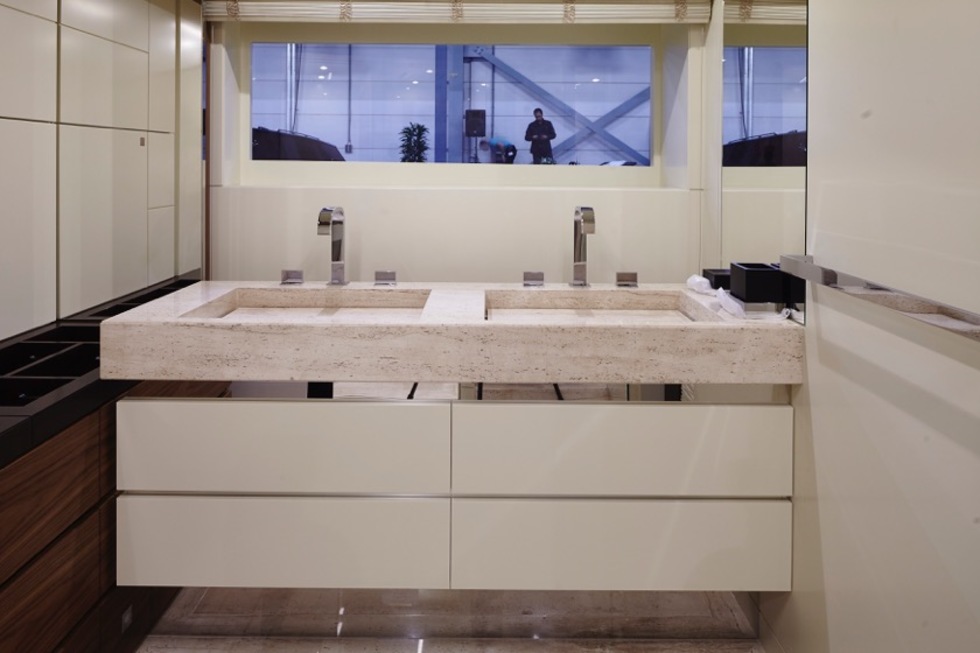 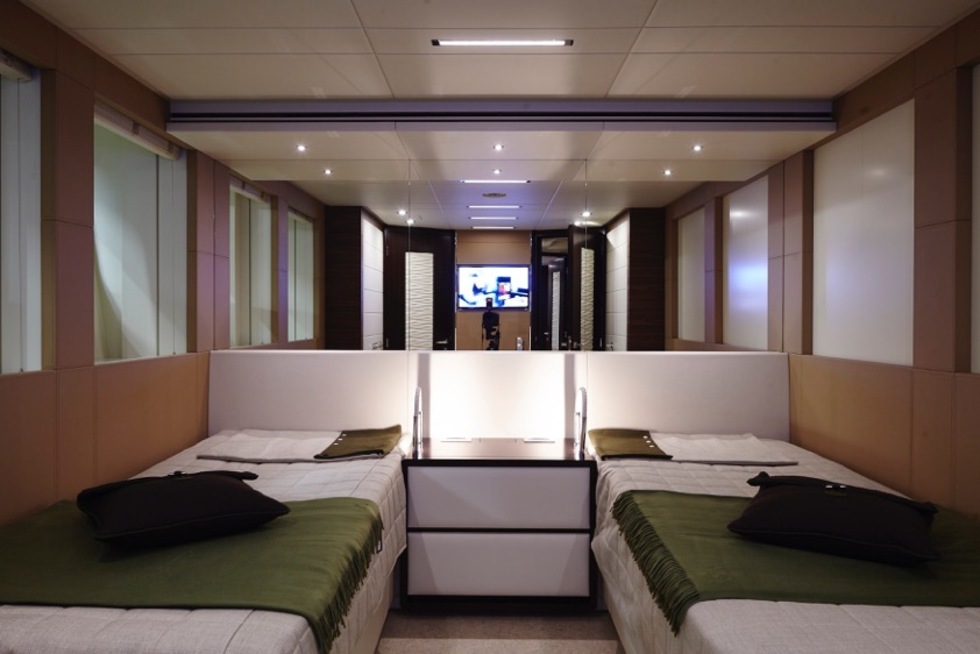 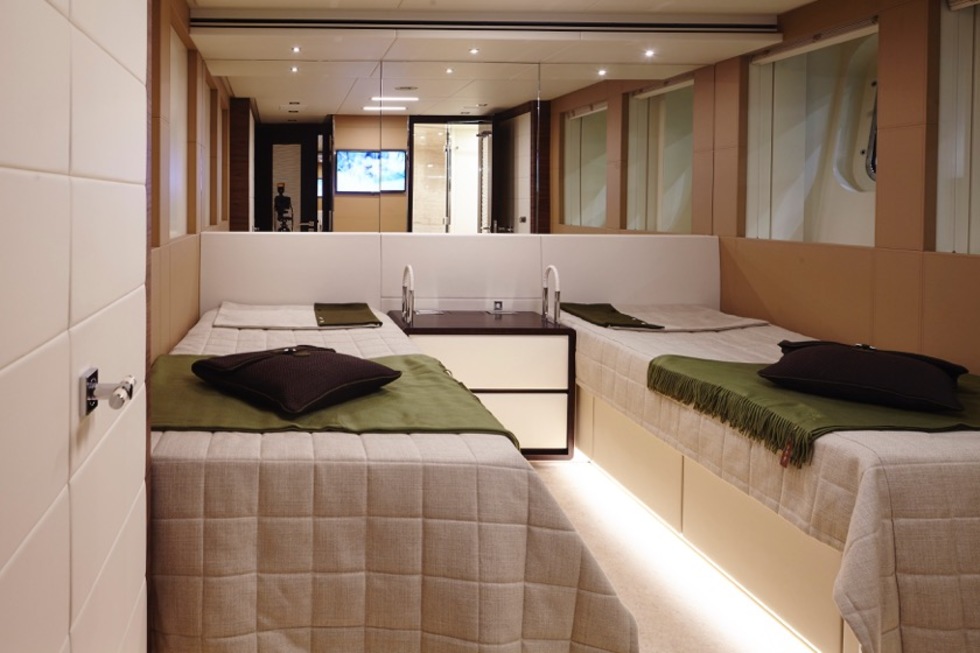 AMORE MIO was delivered by us in 2016 and is the largest and most powerful sports yacht built in the Netherlands. With her twin MTU 16V 4000 engines she has a total of 7,700 horsepower giving her a maximum speed of 30 knots during sea trials in the North Sea. AMORE MIO has accommodation for ten guests in five beautiful staterooms with an interior design by internationally famous designer Cristiano Gatto Design Team. Crew accommodations is forward for 7 crew in 4 cabins.

The price for AMORE MIO is EUR 28,700,000 ex VAT, subject to Contract and prior sale. The price is inclusive of a comprehensive selection of Owner’s Supply equipment including tenders, jet skis, water sports toys, china, glass, cutlery, etc., in short she is ready sail.